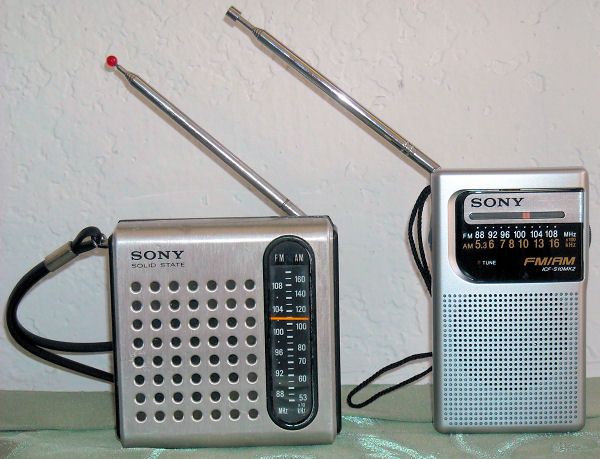 These radios are essentially the same – except the one on the left is 35 years old and the one on the right is newly bought today. I still remember the day in the spring of 1975 that I first got the radio on the left (Sony TFM-3750W). I was 16, and I had my dad’s highly fashionable and powerful vehicle. I drove myself and my new radio to West Hollywood Park and listened to part of a Dodgers game before going for a swim. Back in the mid-1970’s, I spent quite a bit of time riding RTD buses in Los Angeles; it was a great relief to be able to listen to the radio with a tiny earphone. Back in the day, this old radio was tuned to KHJ and KMET a lot of the time, and in the late 1970’s I used to listen to tape-delay broadcasts of my coverage of Pacific University football on KUIK in Hillsboro, Oregon. The new radio receives stations from the same bands, through a slightly smaller and less resonant speaker.  It receives more stations and is light and portable. This model (Sony ICF-S10) is quite similar to an even earlier model my folks had in the late 1960’s. I’ve always liked having a cheap little radio around…actually, I’ve always liked to have a dozen or more radios of various sizes and shapes and purposes. 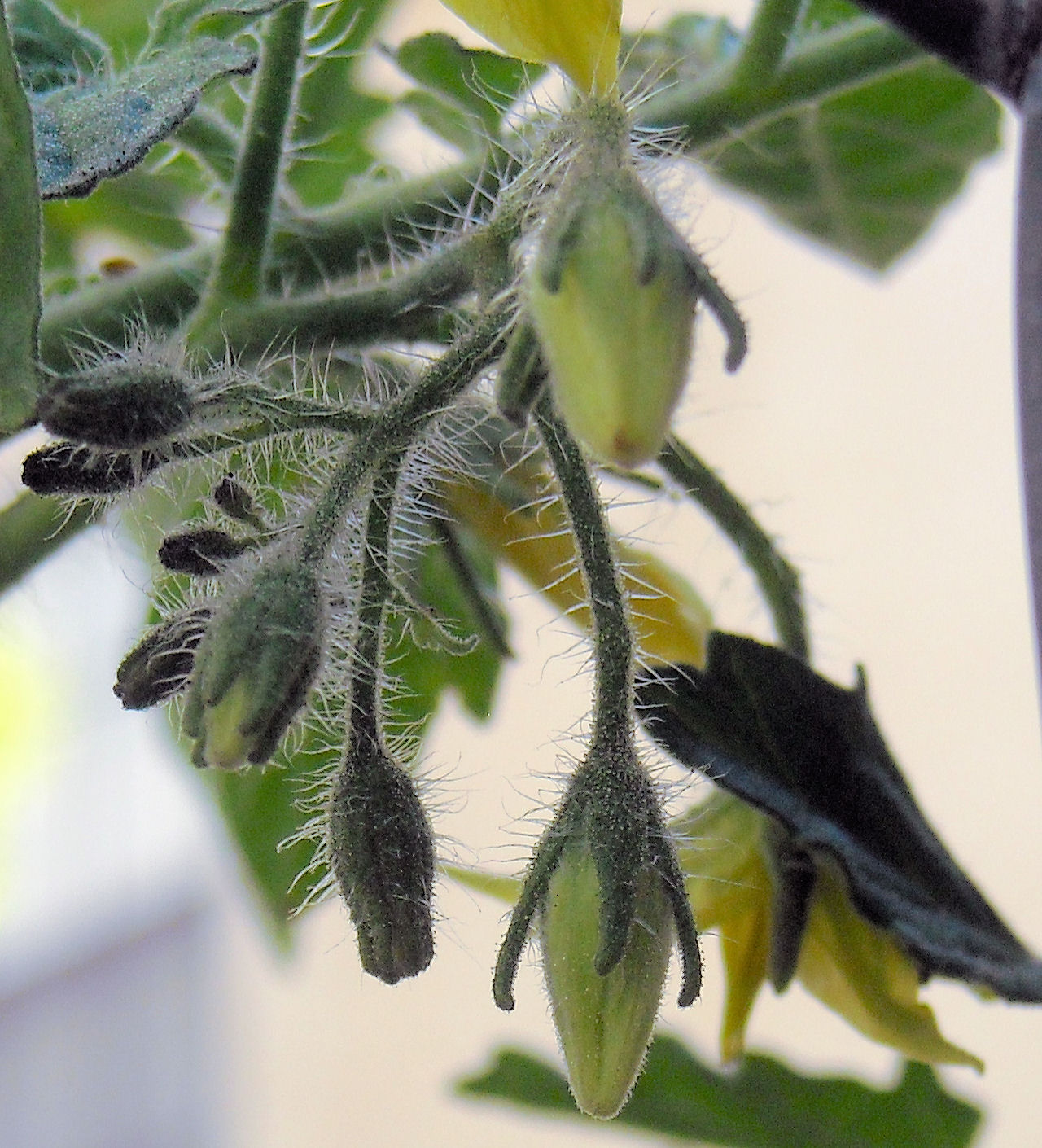 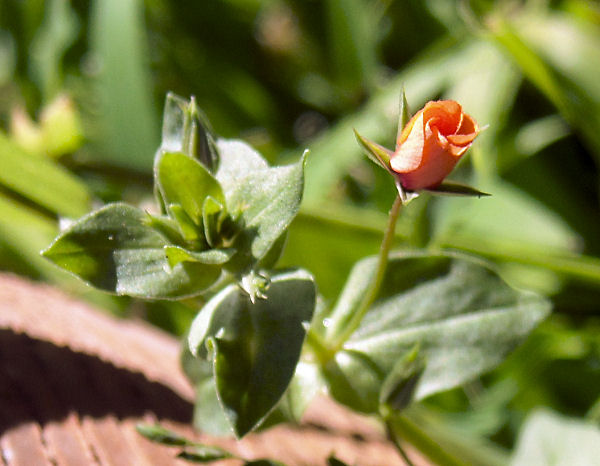 ough consumerism for now. No doubt you are well-pleased to have spent precious moments of your life thinking about transistor radios over the decades. That’s not something everybody gets to do every day, is it?

Spring is bringing some lovely little flowers. So

me, like the nice tomato flowers to the far left, are going to end up on the dinner table. Others, such as the other tiny and treacherous  flowers you see, are destined to be ‘eliminated.’