Many of us have fond feelings about cars we had when we were kids. Here’s a 1980 picture taken in Forest Grove, Oregon, featuring me and my 1968 Mustang. I drove this car for many years, from college through law school and into the early years of my professional life. Although everybody agreed it was a cool car, it was far from fancy. It had “three on the floor” and a little 200 cubic inch “straight six” engine. It did not have air conditioning, but it did have a black plastic interior well-designed to retain heat.

For me this blurred image has a vaguely dreamlike quality. Could this picture really be 33 years old? The field in the background has been richly developed during those years. Was that shirt one I’d bought in ’73 to wear at my graduation from junior high? Inside the car I can see that my disassembled racing bike is in the back seat. Wasn’t that fancy bike stolen right out from under my nose at Venice Beach seven or eight years later? 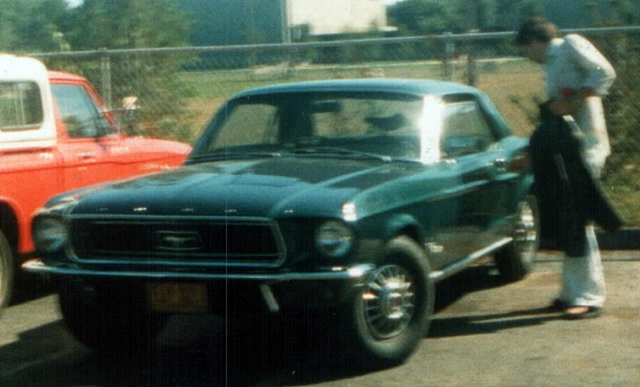 Here is a 2013 Mustang Fastback, which I rented for my latest excursion to Redwood Country. The modern car is quite similar to the one that was built 45 years ago, but it is more comfortable and has more modern conveniences. It was fun to drive around northwest California in this car…but it did serve to prove that nostalgia is a longing for something you couldn’t stand anymore. I’m much happier with my Sebring than I ever was with a car with a hard-top. 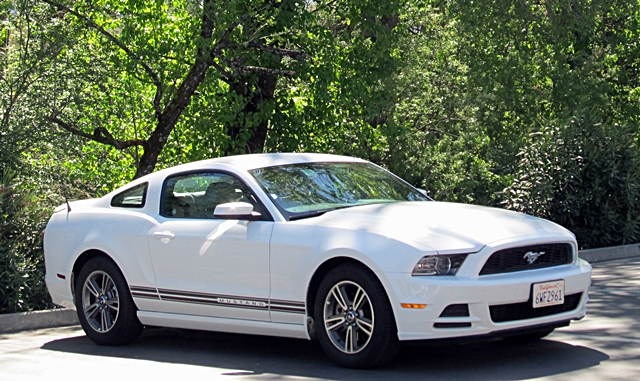